Title: Call of Duty: Modern Warfare – Reflex
Publisher: Activision
Platform: Wii
Genre: Shooter
Release Date: 11/9/2009
Overview:
Call of Duty moved into the modern age of warfare with COD: 4. That intense and cinematic action experience has been retooled and re-armed for Wii in Modern Warfare – Reflex. Take an arsenal of powerful modern-day firepower and head to the most treacherous hotspots around the world to take out a rogue enemy group. You’ll be in the boots of a U.S. Marine and a British S.A.S. Soldier. Use your superior firepower to your advantage as you quickly and decisively hunt down and take out enemy forces. Over 70 weapons, including assault rifles, claymores, and machine guns are available as you fight to bring peace to the world. 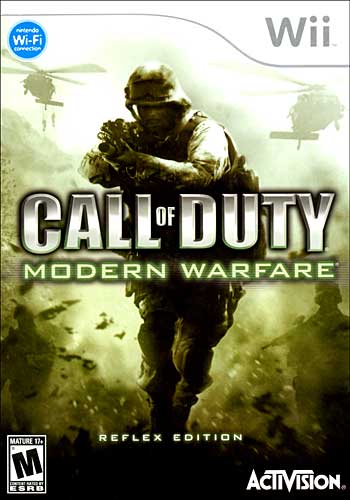