Title: Combat Wings: The Great Battles of WW2
Publisher: City Interactive
Platform: Wii
Genre: Strategy/Simulation
Release Date: 6/23/2011
Overview:
Soar into history in this game that lets you experience the greatest aerial battles of World War II. Fly as an Allied pilot on over 20 combat missions stretched across the globe, in Britain, on the Eastern Front, and in the Pacific Theatre. Perform bombing runs, provide cover as an escort, engage in all-out dogfights, and more on a variety of missions. You’ll fly as an American, British, and Russian pilot in warbirds from each country. There are 25 upgradable planes to master and even more ways to be a hero! 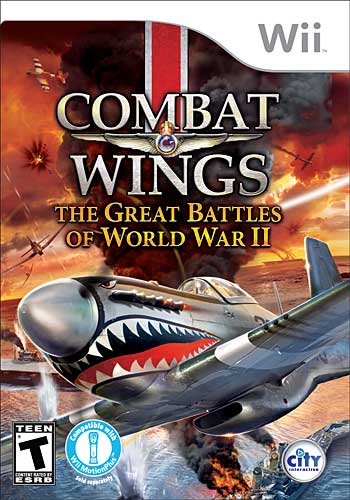