Title: Sky Crawlers: Innocent Aces
Publisher: Xseed Games
Platform: Wii
Genre: Strategy/Simulation
Release Date: 1/13/2010
Overview:
The achievement of peace leads to more war in this anime-inspired flight sim. Peace has finally come to a world ravaged by decades of war. But without the theater of battle, the people grow restless. To make its citizens happy, the government begins staging battles for sport, sponsored by corporations and fought by soldiers-for-hire. You’ll join a group of throttle jockeys known as the Sky Crawlers and quickly become part of a government plan to make pilots immortal. Use the Nunchuk as the control stick and the Wiimote as the accelerator as you complete missions and uncover the mystery behind the ultra-covert military project. 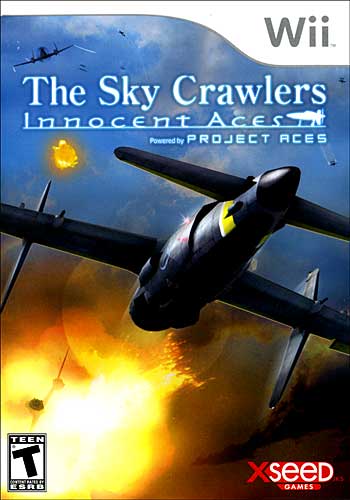