Title: Chaotic: Shadow Warriors
Publisher: Activision
Platform: Xbox 360
Genre: Strategy/Simulation
Release Date: 11/17/2009
Overview:
You’ve battled for control in the Chaotic trading card game, now settle the score on the battlefield! Enter the world of Perim for an epic journey in this adventure based on the hit card game and TV series. Build and manage your army of Chaotic beasts and creatures in an all-out battle for tribal domination. Choose from 40 different creatures and outfit them with 30 types of battlegear. Send your opponents a message with 35 powerful mugic spells to unlock and master. Sharpen your strategy to come out on top in tactical single and multiplayer battles set in a richly developed 3D fantasy world. 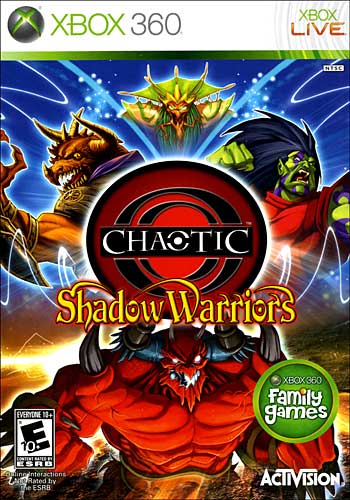