NOTE: This title requires a code to access the game’s online (Infrastructure) features, but not its wireless (Ad-Hoc) features. The code is included with purchase of this title, but not with rental.
Navy SEALs are called in on missions no one else has been able to complete. On this mission, no one has even come back alive. The acclaimed SOCOM Fireteam Bravo series continues with this tactical combat sim developed with help from the U.S. Naval Special Warfare Command. Lead a four-man team of Navy SEALs on a mission to find an ex-KGB agent with ties to the Russian mob. Race against a doomsday deadline to find the man – and the information he has – before there is an attack on Western interests. Lead a team with three AI soldiers or complete the mission with three friends in four-player Co-op Mode. 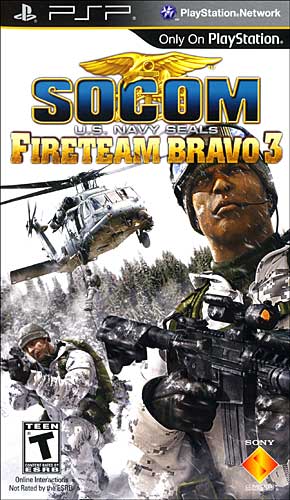