Title: Jurassic: The Hunted
Publisher: Activision
Platform: PlayStation 2
Genre: Shooter
Release Date: 11/6/2009
Overview:
The rules on the Lost Island are simple: play a part in dinosaur extinction or they’ll play a part in yours. Return to Jurassic Park in this story-driven first-person shooter. Weapons and survival expert Craig Dylan has been brought in to protect a research team investigating an energy surge on the island. Use 13 weapons in 12 levels of arena combat, boss fights, and other battles as the first and last line of defense against a bunch of hungry prehistoric lizards. Visualize and target enemy weak points using the cinematic adrenaline burst, travel back in time in Sci-Fi Story Mode, and do your best to make it out alive. 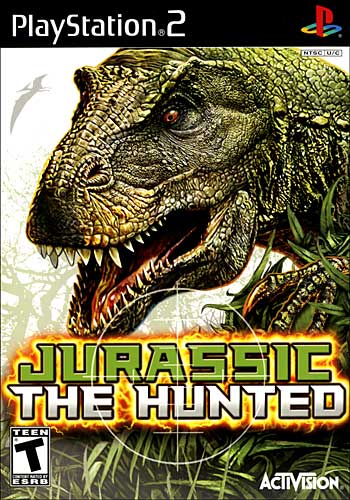