Title: Lunar: Silver Star Harmony
Publisher: Xseed Games
Platform: PSP
Genre: RPG
Release Date: 3/2/2010
Overview:
An old story begins anew in this re-imagination of a classic RPG favorite. Lunar: Silver Star Harmony returns to the first installment of the legendary Lunar series and updates it for PSP. The world of Lunar has forgotten the accomplishments of the heroic Dragonmaster Dyne. Yet one boy, Alex, remembers and dreams of becoming a Dragonmaster. Alex sets off on a trip that quickly becomes an epic journey. With the entire world at stake, he will get his chance to play hero. Graphics recharged for PSP are accompanied by a remastered soundtrack, battles that look better than ever, new gameplay, and a story with fresh new elements. 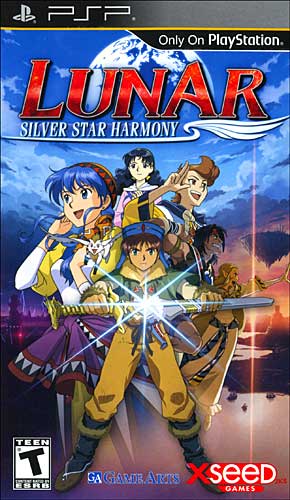