Title: Kamen Rider Dragon Knight
Publisher: D3P
Platform: Wii
Genre: Action Adventure
Release Date: 11/26/2009
Overview:
Punch your ticket to the Mirror World in this game that transforms you into a Kamen Rider. Based on the live-action TV show, Kamen Rider Dragon Knight puts you inside the world of armored warriors known as Kamen Riders. Play as all 13 of the mighty heroes, using each Rider’s Advent Card and special abilities as you fight with your Contract Beast at your side. Pull off the same moves as the riders on the show with controls any fan can master. Complete over 65 thrilling missions or challenge a friend to head-to-head showdowns in a unique two-player Versus Mode. 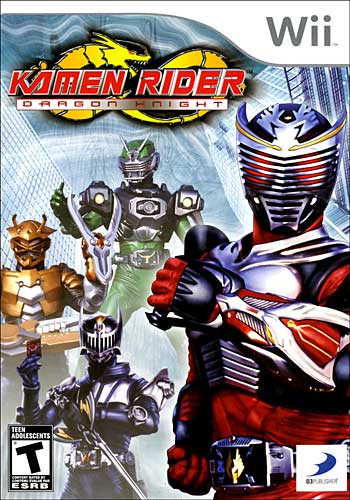