Title: Transformers: Revenge of the Fallen – Autobots
Publisher: Activision
Platform: Nintendo DS
Genre: Action Adventure
Release Date: 6/22/2009
Overview:
The fate of the Earth is in your hands! If you’ve come here, you’ve chosen to fight on the side of Optimus Prime and the heroic Autobots. An all-out war is raging, and while the robots fight to destroy each other, they may take the Earth with them. In Transformers: Revenge of the Fallen – Decepticons, you’ll fight the Autobots and experience the power of being a Transformer. Instantly switch between Robot, Vehicle, and Weapon Modes in awesome battles and missions where seconds stand between victory and defeat. Link with friends for co-op challenges and head-to-head battles, or combine with Revenge of the Fallen – Decepticon for the biggest Transformers battle ever! 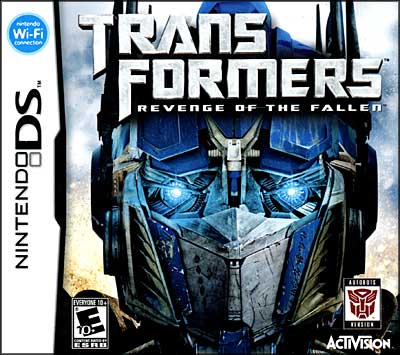