Title: Section 8
Publisher: South Peak Interactive
Platform: Xbox 360
Genre: Shooter
Release Date: 9/2/2009
Overview:
You know those missions that nobody else wants? Those are the only kind you’ll get when you’re part of Section 8! Join an elite team of fearless soldiers and embark on a single-player campaign, compete in online multiplayer, or get some instant action in this player-driven, large-scale FPS. It begins with burn-in spawning deployments from dropships thousands of feet above the battlefield. Once you’re on the ground, dynamic combat missions adjust your objectives in the midst of battle. With no classes, you can customize your suit with any gear you want, and vehicle and other deployable requisitions can be delivered anywhere on the map. 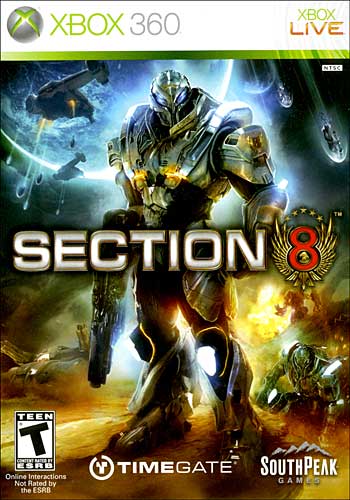