Title: Mafia II
Publisher: Take Two
Platform: Xbox 360
Genre: Action Adventure
Release Date: 8/23/2010
Overview:
Mafia II takes you to an era when criminals had real class…and a seemingly unending supply of bullets. This mob-saga sequel flashes back to the late 1940s to early 1950s underworld, where there were three must-have criminal accessories: an overcoat, a fedora, and a Tommy Gun. Looking for a way out, Vito, the son of a poor Italian immigrant, is tempted by organized crime and its shortcut to the American Dream. He and his childhood buddy Joe team up to try and become part of the Family. With a cinematic storyline, environments that load seamlessly, and a throwback, licensed soundtrack, Mafia II unfolds like a classic Hollywood gangster movie. 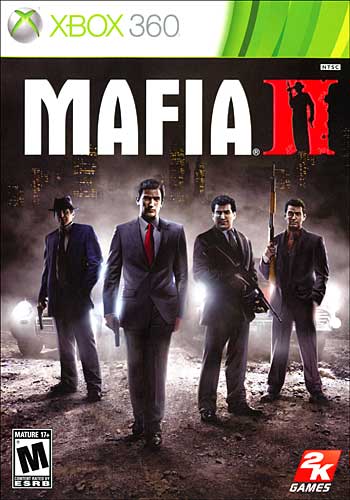