Title: Mummy: Tomb of the Dragon Emperor
Publisher: Vivendi Universal
Platform: PlayStation 2
Genre: Action Adventure
Release Date: 7/25/2008
Overview:
Gigantic movie action returns – along with one mean undead dude – in this game based on the third film in the Mummy franchise. Mummy: Tomb of the Dragon Emperor sends you on an adventure in the Far East. Playing as Rick and Alex O’Connell, you’ll battle a shape-shifting mummy that’s been raised by a powerful ancient curse. He’s back from the dead, and, as you’d expect, he’s not too happy about it. Battle your way through explosive, action-packed levels that range from the heights of the Himalayas to the depths of ancient Chinese tombs. The gunplay is fast and ferocious, the hand-to-hand combat intense, and each situation more dangerous than the last! 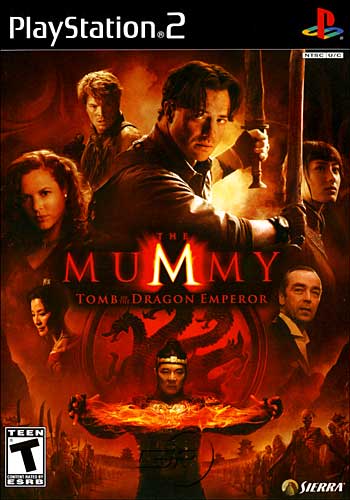