Title: Resistance: Retribution
Publisher: Sony Computer Entertainment
Platform: PSP
Genre: Shooter
Release Date: 3/17/2009
Overview:
Step back into the boots of former British Marine James Grayson! Just weeks after the end of Resistance: Fall of Man, Grayson suffers from a personal tragedy. He heads off on a path of retribution to destroy every conversion center he can find. But when he discovers his efforts are futile, he joins the European resistance. Take part in Operation Overstrike using the Revolutionary Targeting System designed just for the PSP. Use new weapons and face new enemies in a this brand new storyline that bridges the gap between Resistance and Resistance 2! You can even take on other opponents in 8-person multiplayer. 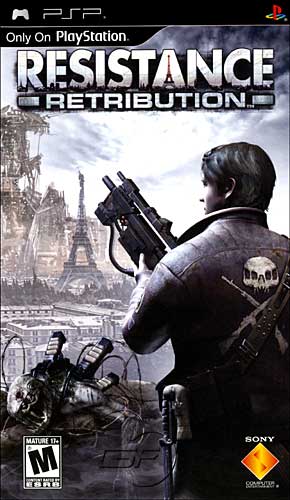