Title: Onechanbara: Bikini Samurai Squad
Publisher: D3P
Platform: Xbox 360
Genre: Action Adventure
Release Date: 2/10/2009
Overview:
In the near future, an evil scientist creates an experiment intended to raise the dead. Unfortunately for the planet, it was a resounding success. Now, a shambling army of zombies is swarming the earth. Humanity needs a savior, and that savior is you! Play as one of the sisters, Aya or Saki, and get ready to chop some zombies to bits. Build up your Rage Meter to unleash a flurry of attacks from which none of the undead can escape. You can even step out of the story for Free Play, Survival, and Quest Modes, or grab a friend for co-op play! 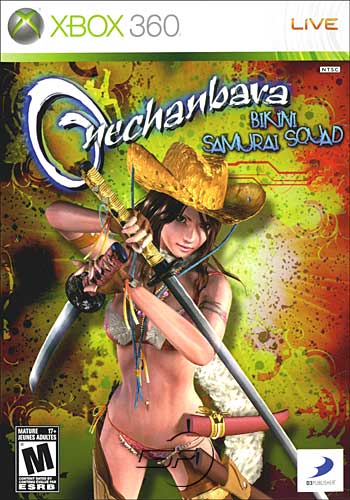