Title: BlackSite: Area 51
Publisher: Midway
Platform: PS3
Genre: Shooter
Release Date: 12/12/2007
Overview:
Take first person shooters to the next level! Lead a squad of the country’s most elite Special Forces soldiers, into a living, breathing world of difficult choices and conflicts between orders given and your own moral code. Your team responds to your orders realistically, and if you lead them well, they will rally behind you when the enemy brings the fight. If you waver, however, their morale will drop and they won’t fight for you as well. Drive the latest military vehicles, including Humvees, ATVs, and commandeered civilian vehicles, or take the gunner’s seat! Then, take the fight online for all the traditional multiplayer modes, or new modes like Human vs. Reborn or Siege Mode. 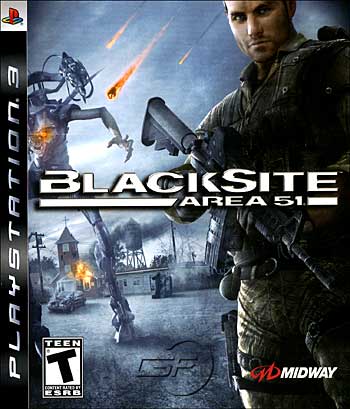