Title: Just Cause
Publisher: Eidos
Platform: Xbox
Genre: Action Adventure
Release Date: 9/26/2006
Overview:
San Esperito…an expansive grouping of islands split into factions, torn by rebels and plagued by drug cartels. And you’re plunged right into the middle of it as a CIA operative sent to overthrow the government! Explore over 250,000 acres of jungles, beaches, mountains, villages, and cities in the largest video game environment ever created. Build alliances, play the factions off each other, and work to incite rebellion. Use over 100 vehicles, pull off insane stunts, and more. Complete missions in any order, peel off for side missions, or just explore. You’ll get recon and support from two fellow operatives in this massive third-person action saga. 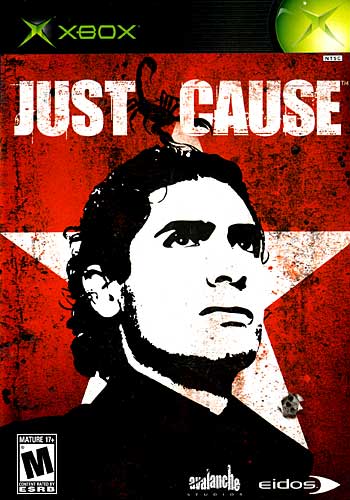