Title: Suffering: Ties That Bind
Publisher: Midway
Platform: Xbox
Genre: Action Adventure
Release Date: 9/27/2005
Overview:
This sequel to the harrowing action-horror game, The Suffering, intensifies the disturbing terror of its predecessor. As in the original, you play as former death-row inmate Torque. Let loose in the seedy urban world of the streets and prisons of inner-city Baltimore, you’re out for revenge. Your target is the mysterious and manipulative Blackmore, who has some shady ties to the death of your family. Rage against urban injustices and demonic creatures. Make plot-altering moral choices that determine the storyline and fuel the most powerful weapon in the game: Torque’s inner demon. Expanded movement mechanics, refined controls, higher-level AI, and a huge weapons arsenal accelerate this journey into madness. 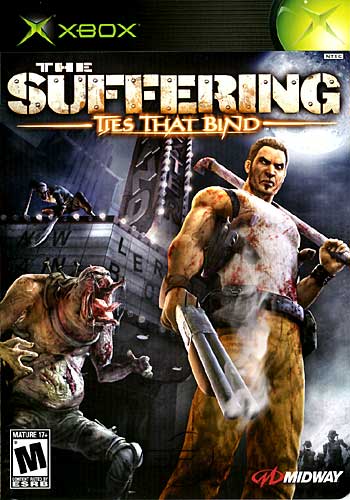