Title: Crime Life: Gang Wars
Publisher: Konami
Platform: Xbox
Genre: Action Adventure
Release Date: 11/23/2005
Overview:
Violence rules the streets of Grand Central City. Ruthless gangs operate with little regard for the law. Years ago, it was the Outlawz whose grip held Grand Central City. A power struggle with the Headhunterz ended the Outlawz rule, and the factions have been vying for power since. With those wounds freshly reopened, Tre and the Outlawz are out to regain their stronghold. Playing as Tre, use strength and smarts to survive on the streets, build cred, and protect your crew. The consequences of your choices drive the storyline in this urban adventure featuring music from Detroit rappers D12, who lend their likenesses as Headhunterz bosses. 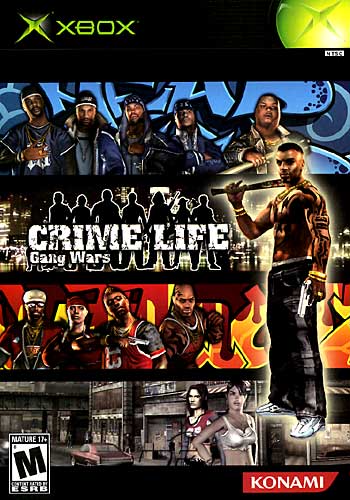