Title: Prince of Persia: The Two Thrones
Publisher: Ubisoft
Platform: Xbox
Genre: Action Adventure
Release Date: 11/30/2005
Overview:
The Prince, by now a seasoned warrior, returns to Babylon from the Island of Time with his love, Kaileena. Instead of coming home to the peace and quiet he had hoped to find, The Prince finds a war-ravaged kingdom that has turned against him. When The Prince is captured, Kaileena must sacrifice herself to once again unleash the Sands of Time and free him. The Prince soon discovers that his misadventures with time have created a twin Dark Prince. Play as both characters throughout this epic adventure, mastering the free-form fighting styles of each. Use all new Sands of Time powers to surprise your enemies and even launch powerful attacks against entire armies! 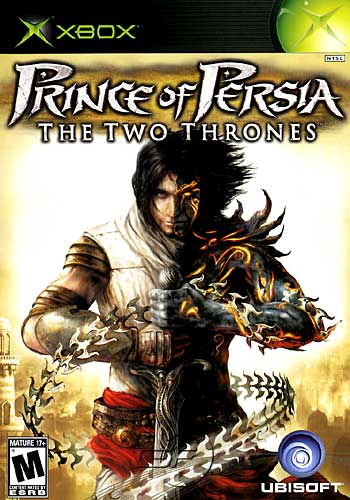