Title: Predator: Concrete Jungle
Publisher: Vivendi Universal
Platform: Xbox
Genre: Shooter
Release Date: 4/27/2005
Overview:
Everybody loves the Predator. Hunt down human prey in a third-person action adventure that will take you through a twisted urban killing spree. But you’re not all bad! In fact, this is a case of King of the Beasts going up against King of the Underworld, as you exact revenge on an organized crime empire that seeks to enslave all Predators. Fighting both in the 1930s and the 2030s, you will take on your enemy in a two-pronged, two-time attack. Aiding your righteous battle against evil humans are your various vision modes, cloaking technology, and devastating weapons. 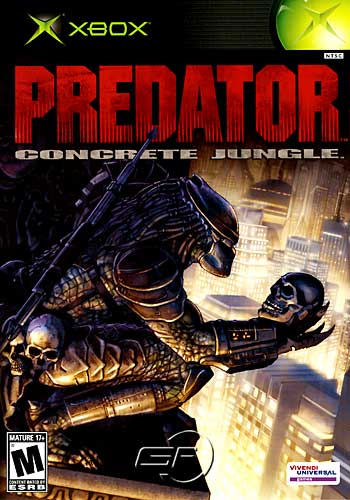