Title: Fist of the North Star: Ken’s Rage
Publisher: Koei
Platform: Xbox 360
Genre: Action Adventure
Release Date: 11/1/2010
Overview:
Fist of the North Star: Ken’s Rage stays as true as possible to the popular comic, pulling storylines, artwork, and over-the-top action from the original series. In a post-nuclear world, ruthless gangs roam the wastelands, preying on the weak. Kenshiro is a powerful martial artist chosen to help the helpless. Battle dozens of enemies at once in fully destructible environments. Use special finishers to mow down entire groups of enemies. Each level is based on the original comic, and each character has not only had their story reproduced, but has had a new storyline added just for this game. 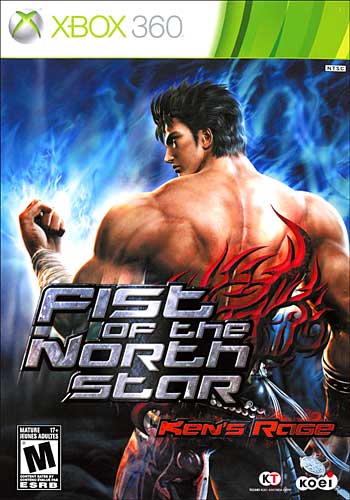