Title: Atelier Rorona: The Alchemist of Arland
Publisher: Koei
Platform: PS3
Genre: RPG
Release Date: 9/29/2010
Overview:
The series built on alchemy applies some of that alchemical magic to itself! Atelier takes a visual leap forward with a new cel-shaded animation style that gives the franchise a vibrant new life. Journey to a forgotten workshop in a kingdom made rich through the discovery of ancient relics. The once-vibrant shop sits idle. When an order from the king arrives, the shop owner leaves, putting the king’s command in the hands of her apprentice, Rorona. Embark on an RPG adventure with turn-based battles, over 30 possible endings, and gameplay that remains centered around defeating enemies and crafting items using your powers of alchemy. 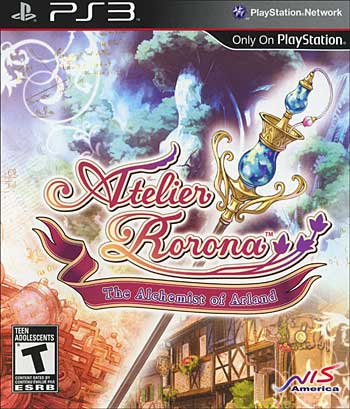