Title: F1: 2010
Publisher: Codemasters
Platform: Xbox 360
Genre: Racing
Release Date: 9/22/2010
Overview:
The official game of the 2010 FIA Formula One World Championship features everything on the 2010 circuit: every car, every star, every track, and all of the speed! Pick from the top F1 drivers and teams, including Fernando Alonso, Lewis Hamilton, Jenson Button, and seven-time champion Micheal Schumaker. Race on 19 tracks around the world, including the new Korean International Circuit. Gun for glory in Grand Prix, Championship, and Time Trial Modes, or race to the top in Career Mode. See how handling shifts when damage occurs and weather conditions change as you top 200 mph behind the wheel of the most technologically-advanced race cars in the world. 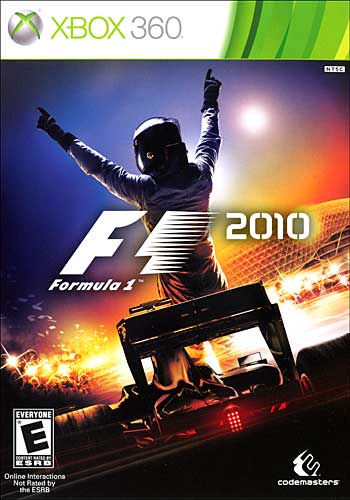