Title: Legend of the Guardians: The Owls of Ga’Hoole
Publisher: WB Games
Platform: Xbox 360
Genre: Action Adventure
Release Date: 9/14/2010
Overview:
A classic story of good versus evil takes flight in this game based on the Legend of the Guardians book series and the animated film it inspired. The story centers around Soren, a young owl who longs to join the Guardians of Ga’Hoole, a legendary band of heroes who fought to defend the owl world. Play as an owl who has just become a Guardian, and set out on a secret mission to save the kingdom. Fly, race, and battle through 25 levels in five worlds based on the movie. Fly in any direction with 360-degree flight mechanics as you realize your dreams of becoming a hero. 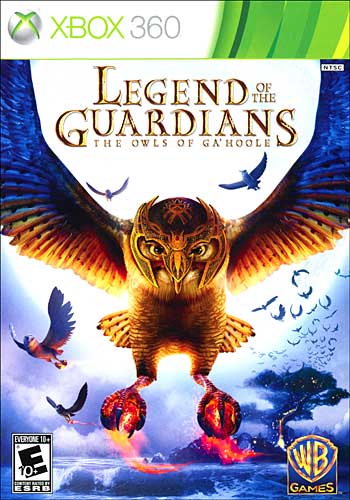