Title: Phantasy Star Portable 2
Publisher: Sega
Platform: PSP
Genre: RPG
Release Date: 9/16/2010
Overview:
The world of Phantasy Star is bigger than ever in this sequel that adds an extensive online multiplayer option to an even deeper storyline. The people of the Gurhal System survived the attack of the Seed. Now, they’re faced with a new challenge thanks to a shrinking supply of resources. Fight 170 types of enemies and use over 2000 weapons and items on over 100 missions. An enhanced combat system combines the best of previous Phantasy Star battle systems and adds new techiniques. You can also team with up to four friends no matter where you are with the Portable series’ first co-op and competitive online play. 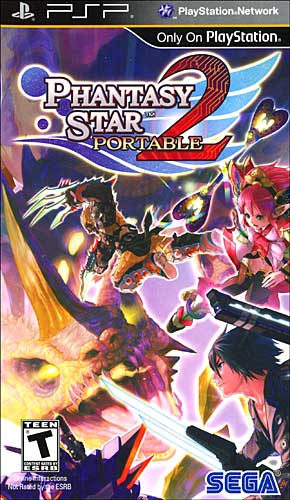