Title: Windy X Windham
Publisher: Graffiti Entertainment
Platform: Nintendo DS
Genre: Fighting
Release Date: 5/29/2010
Overview:
The center of the world houses the kingdom of Gawain. The people there can fly with the use of devices called “Windies.” This power has been used as a political weapon that has created gaps in society. At the same time, the Royal city of Farius holds a mysterious tournament where the winner is granted one wish as well as complete freedom. Years have passed with no one taking on the challenge, until a new generation rises. Each fighter has a different wish and will do anything for it to be granted. Control a wide cast of characters including guest stars Izuna and Shino. 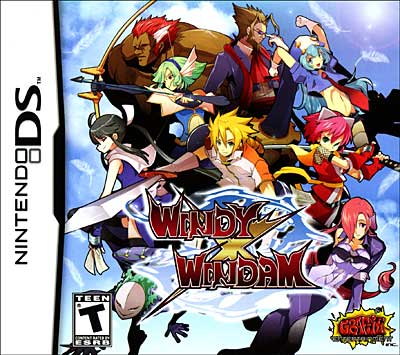