Title: Sengoku BASARA Samurai Heroes
Publisher: Capcom
Platform: Wii
Genre: Fighting
Release Date: 10/12/2010
Overview:
Warriors become heroes in the heat of battle. Heroes become legends in the pages of history. Rewrite those pages in this action-packed historical epic that takes you back to the battlefields of 16th century Japan. Choose from over 12 samurai warriors in stylish gameplay from the producer of Devil May Cry and fight to reshape history and control Japan. Lead your armies in furious battles against hundreds of enemies. Unlock new weapons and new playable characters, including field generals who aid in command of your army. The storyline evolves based on your actions on the battlefield, reshaping history on the way to a decisive final battle at Sekigahara. 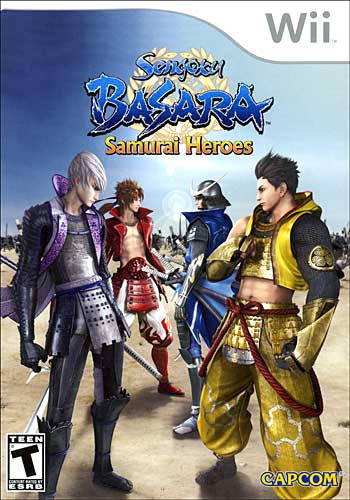