Title: Clash of the Titans
Publisher: Namco
Platform: Xbox 360
Genre: Action Adventure
Release Date: 7/27/2010
Overview:
The war of the gods threatens to engulf the world of men in this mythological saga based on the Clash of the Titans movie. Play as Perseus and delve into the world of Greek mythology, batting the forces of Hades, the ruler of Hell. Fight against over 100 fearsome beasts, including Centaurs, Cyclops, and other mythological creatures in 15 environments waiting to be conquered. Equip your hero with over 80 customizable weapons, or use enemies’ weapons against them, growing stronger with every victory. Vanquish Hades, and the grace of the gods is yours. Taste defeat, and the earth will be consumed by the forces of the underworld. 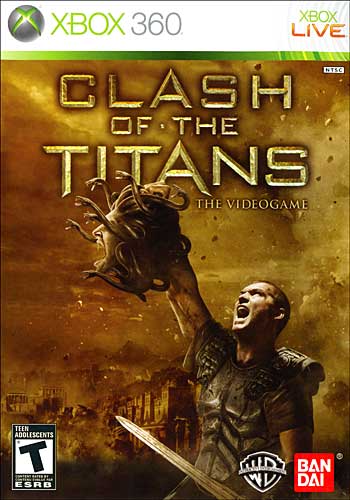