Title: Star Ocean: The Last Hope International
Publisher: Square Enix
Platform: PS3
Genre: RPG
Release Date: 2/9/2010
Overview:
Travel beyond the stars to find a new home for mankind in this epic installment of the futuristic Star Ocean RPG franchise. In the aftermath of World War III, Earth is no longer livable. Play as Edge Maverick, a pioneer member of the Space Reconnaissance Force, in a story that stretches into the vast reaches of space itself. Star Ocean’s explosive real-time battles are expanded with a new system that combines aggressive and evasive maneuvers. Hit your enemies hard with ambushes, then scramble out of sight. Experience the origins of the Star Ocean universe in a thrilling combination of sci-fi and fantasy that harnesses the full visual powers of the PS3. 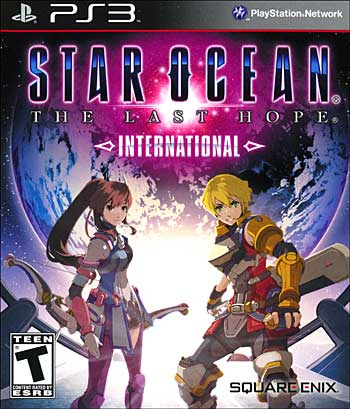