Title: Samurai Shodown: SEN
Publisher: Xseed Games
Platform: Xbox 360
Genre: Fighting
Release Date: 3/30/2010
Overview:
After a princess saves his life, a martial arts master sets out to return the favor in this import version of a classic Japanese weapons-based fighter. When the powerful warrior Takechiyo is shipwrecked, the Princess Suzu saves his life. And when she goes missing, Takechiyo will stop at nothing until she’s found. Choose from 20 different characters and step into the ring for arcade-style fighting action. Crush your opponents with the character-specific moves, quick-hit combos, and punishing finishers that made the original a ground-breaking favorite. The Showdown continues online, where you can try and rise to the top of the worldwide rankings on Xbox LIVE. 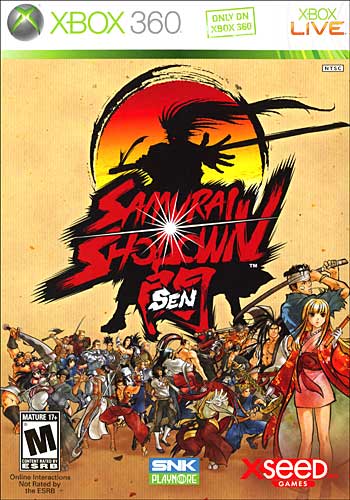