Title: Fire Pro Wrestling Returns
Publisher: Agetec
Platform: PlayStation 2
Genre: Fighting
Release Date: 11/16/2007
Overview:
Way back in 1989, Fire Pro Wrestling set the standard for 2D fighters and wrestling sims the world over. With excellent 2D animations and one of the largest varieties of characters in any wrestling game, it developed a large cult following. The great 2D graphics return with better sprites but a classic feel and the same character diversity known and loved in the series. Start a fantasy wrestling tournament of your own design with dozens of wrestlers from America, Japan, and Mexico. Simple environments give a traditional arcade feel to the game, as do easy to learn, pick-up-and-play controls, so anyone can join in the wrestling fun! 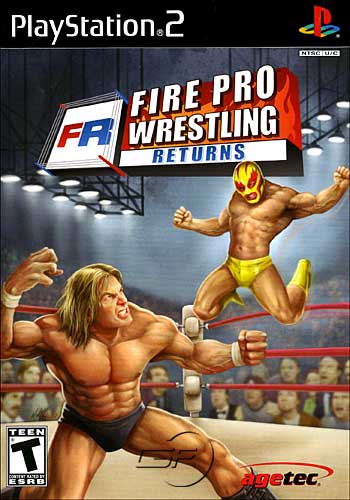