Title: Final Fantasy Crystal Chronicles: The Crystal Bearers
Publisher: Square Enix
Platform: Wii
Genre: RPG
Release Date: 12/24/2009
Overview:
A powerful crystal bearer becomes an unwelcome savior in this Final Fantasy epic crafted for Wii. A thousand years after the first Final Fantasy: Crystal Chronicles, science and reason have flourished during a long period of tranquility. Crystal bearers remain powerful, yet feared. Play as Layle, a crystal bearer hired to escort the Alexis, a massive passenger ship that represents a striking achievement for the dominant Lilty tribe. When the ship comes under attack, Layle stares down an enemy many thought had vanished. The battle sends him on an action-packed quest where he may be the world’s only hope for salvation. 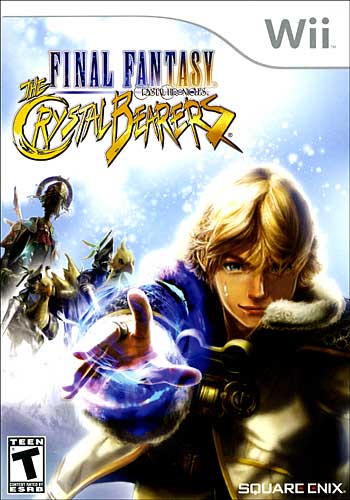