Title: Grand Theft Auto: Episodes from Liberty City
Publisher: Take Two
Platform: Xbox 360
Genre: Action Adventure
Release Date: 10/29/2009
Overview:
Grand Theft Auto comes out firing with new missions, new vehicles, new weapons, and two epic new stories set on two very different sides of Liberty City. In Lost and the Damned, play as Johnny, interim head of notorious biker gang The Lost. When the gang’s leader returns from rehab, the turf war he ignites threatens to tear apart the brotherhood. In The Ballad of Gay Tony, you’re Luis Lopez, the right-hand man to Tony Prince, the legend behind some of Liberty City’s hottest nightclubs. But it’s not all glamour on the other side of the velvet rope. No one can be trusted and everyone has a price. 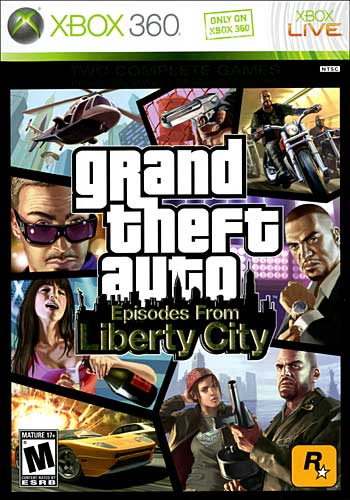