Title: Resident Evil Archives: Resident Evil 0
Publisher: Capcom
Platform: Wii
Genre: Action Adventure
Release Date: 11/30/2009
Overview:
Return to ground zero of the T-virus outbreak in this prequel that sends you to ground zero of the Resident Evil franchise. What REALLY happened to Bravo Team in the hours before Resident Evil? Find out as the GameCube prequel to Capcom’s horror adventure classic is re-imagined for Wii. When you’re sent to investigate a series of murders, your case starts badly when your helicopter crashes outside Racoon City. It only gets worse from there, progressing through a story of grim horror and corporate evil. Play as S.T.A.R.S. officer Rebecca Chambers or Billy Cowen. Control both at once, switch between the two, or split them up to gain maximum advantage. 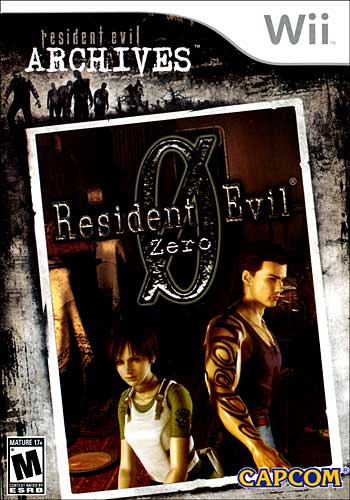