Title: Call of Duty: Modern Warfare 2
Publisher: Activision
Platform: Xbox 360
Genre: Shooter
Release Date: 11/9/2009
Overview:
You’d better catch your breath. Modern Warfare 2 picks up right where the original left off and doesn’t stop. Once again, you’re part of an elite strike team charged with taking down a rogue ultranationalist faction. You’ll face smarter enemies that attack as soon as you respawn, and, since cutscenes have been eliminated, you’d better find some cover if you want to get a breather. Play a new Special Ops Co-op Mode, blow up walls and doors with a new Breach Mechanic, and more. New weapons keep the arsenal on the cutting edge, enhancements keep the Multiplayer modes among the best out there, and truly amazing visuals must be seen to be believed. 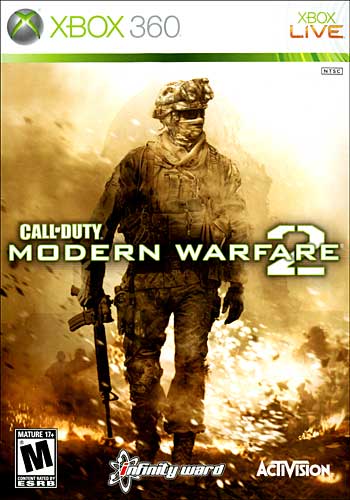