Title: King of Fighters XII
Publisher: Ignition Entertainment
Platform: PS3
Genre: Fighting
Release Date: 7/29/2009
Overview:
King of Fighters celebrates its 15th Anniversary by hitting harder than ever! The world’s greatest fighting tournament returns with new moves, new features, and an unforgettable new look. Master new moves like critical counter attacks, deadlock counters, and air guarding. Gather a group of warriors in your own clan, create a custom clan emblem, then take on other clans online. And just to make sure everyone knows who’s the real king, you can even record your matches and upload them to the Web. But the real crowning achievement is the game’s unique visual style, with every one of the backgrounds and each of the 22 characters completely hand-drawn. 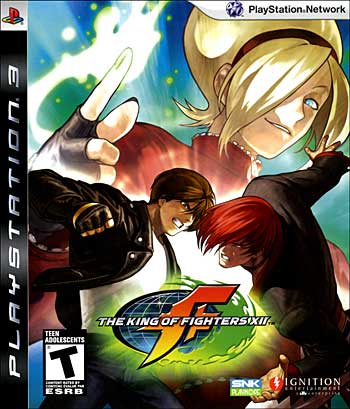