Title: Jak and Daxter: The Lost Frontier
Publisher: Sony Computer Entertainment
Platform: PSP
Genre: Action Adventure
Release Date: 11/6/2009
Overview:
The original Jak and Daxter trilogy may have ended, but the action hasn’t stopped. The adventuring duo reunites for the The Lost Frontier, the latest installment in their action-packed franchise. With his world running out of vital Eco crystals and in danger of withering away, Jak travels to the outer reaches to find a machine that can save his planet. Fight furious aerial battles against Sky Pirates in massive command ships, harness dark and light Eco, and try and keep your Eco Powers from rampaging out of control. Solve problems, blast enemies, and more as Jak and (with help from some Eco) Dark Jak. 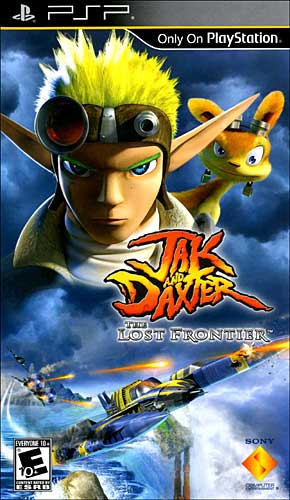