Title: Overlord II
Publisher: Codemasters
Platform: Xbox 360
Genre: RPG
Release Date: 6/23/2009
Overview:
It’s order vs. chaos as the Overlord returns for more empire-building insanity. In a story inspired by the rise of the Roman Empire, the legions of the Glorious Empire are conquering kingdoms all over the map. No one overrules the Overlord, so it’s time to send a message…by sending in your minions. Overrun the well-trained, organized legions of the Glorious Empire with the chaotic onslaught of your minion army. This time, your minions have some new tricks, like the ability to ride. And, as they obey your every command, they’ll please the master by not just destroying armies, but by wrecking buildings, scenery, and everything around them too. 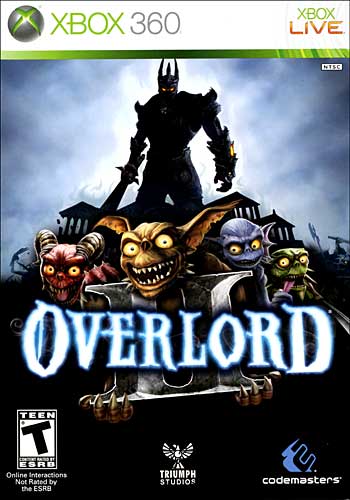