Title: Wolfenstein
Publisher: Activision
Platform: Xbox 360
Genre: Shooter
Release Date: 8/17/2009
Overview:
The Nazis have discovered The Veil, a dark dimension parallel to our own. They have begun to harness the power of the Black Sun, attempting to create a weapon of war-ending mass destruction. You, as highly-decorated member of the OSA B.J. Blazkowicz, have discovered their nefarious plans while behind enemy lines. Now, it’s up to you to stop them! Load up with a cache of Allied and Axis weapons, including experimental and supernatural firepower. You can even earn gold and purchase upgrades for your personal arsenal. Enemies will come at you from every angle, and you’ll never know what the next threat will be. Explore Nazi strongholds and The Veil, a world of unimaginable supernatural ferocity! 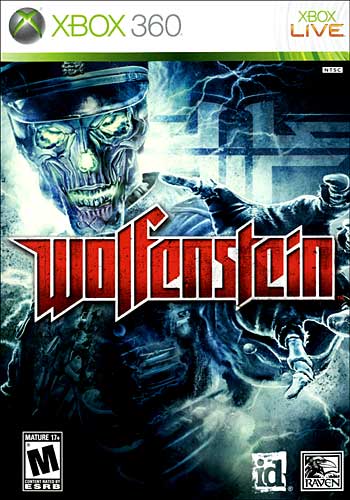