Title: Red Dead Redemption
Publisher: Take Two
Platform: PS3
Genre: Action Adventure
Release Date: 5/17/2010
Overview:
Experience the Wild West just before it loses the “wild” in this open-world epic from the minds behind Grand Theft Auto. At the turn of the century in the Old West, government is creeping in, order is being handed down, and Industry is taking hold. Join former outlaw John Marston on an epic adventure across America’s final frontier. Track enemies with the slow-motion Dead Eye targeting mechanic in furious gun battles, duels, and more. Escape or embrace your checkered past as a morality system tracks your honor and fame based on your choices. And in the lawless West, those choices aren’t going to be easy. 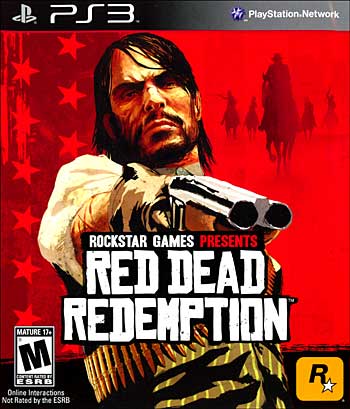