Title: Dissidia: Final Fantasy
Publisher: Square Enix
Platform: PSP
Genre: RPG
Release Date: 8/25/2009
Overview:
Will you fight for good, or become a legion of evil? Enter the struggle between light and dark and fight your way to victory as the war of Dissidia: Final Fantasy spirals on. Cosmos the goddess of harmony has held the forces of Chaos, the god of discord, in check for years. With each god of equal strength, it was thought their war would never end. But the forces of Chaos have managed to tip the balance in their favor, edging their way to within inches of victory. Few warriors remain, their fates to be determined here in the largest collection of Final Fantasy characters ever assembled. 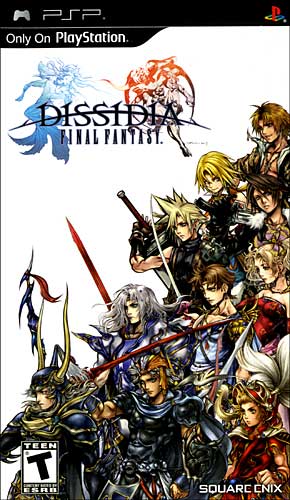