Title: Devil Summoner 2: Raidou Kuzunoha versus King Abaddon
Publisher: Atlus
Platform: PlayStation 2
Genre: RPG
Release Date: 5/13/2009
Overview:
Devil Summoner Raidou Kuzunoha is back on the case in this action RPG sequel. While Kuzunoha may look like your average gumshoe, he’s anything but. When Japan’s capital is threatened, Kuzunoha and his demon-summoning powers are called into action. Crack a new case load in stylish 1920s Japan. You’ve got more than double the number of demons to negotiate with. Win them over to harness their abilities, then fuse them to increase their powers or control two at a time to create more tactical combat options. Combat is even better than ever, with new battle mechanics and a retooled Weapons Alchemy system that lets you create swords to deliver special attacks. 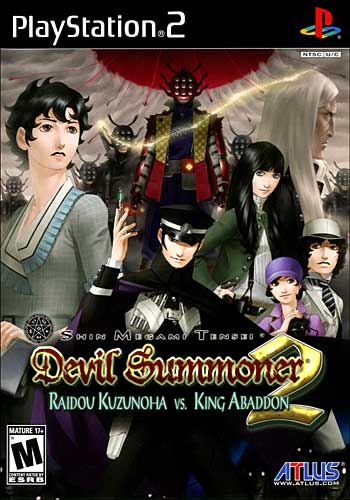