Title: Dynasty Warriors: Gundam 2
Publisher: Koei
Platform: Xbox 360
Genre: Action Adventure
Release Date: 4/22/2009
Overview:
Strength and smarts collide in this intergalactic battle that combines the sheer power of the Gundam universe and the clever tactical action of the Dynasty Warriors series. Suit up as your favorite Gundam mobile suits and travel to the edges of space in a war that may be too big for the universe to hold. You’ll battle an incredible new enemy, the towering Psycho Gundam, who can quickly transform their bodies into massive mobile fortresses. Play through plotlines from the latest Gundam stories, including Gundam 00. Customize your suit with mech parts picked up during combat, and go online for head-to-head multiplayer battles. 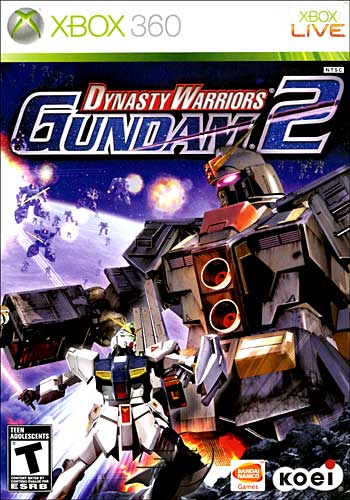