NOTE: This is a three disc game, but it only counts as one disc against your rental plan.
Humanity’s second chance may be its last in Star Ocean: The Last Hope. Set in the aftermath of World War III, Star Ocean sends mankind into space in search of a new home. Sci-fi and fantasy elements blend with a soap opera feel in this new installment of the RPG saga. This prequel documents the beginnings of the futuristic franchise with a story that stretches across multiple planets and into the vast openness of space itself. The gripping saga unfolds with intense real-time battles exploding with stunning visual effects. Thankfully, you’ll have a chance to catch your breath during breathtaking CG movies from the makers of Final Fantasy’s cutscenes. 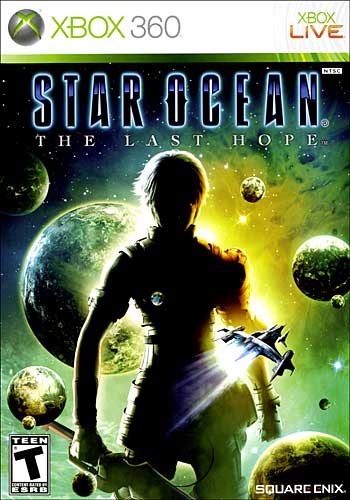