Title: Disgaea 3: Absence of Justice
Publisher: Atlus
Platform: PS3
Genre: RPG
Release Date: 8/28/2008
Overview:
The Disgaea RPG series debuts on the PS3 with a new story, a new cast of characters, and a new 3D battle system. The story once again sends you back into the Netherworld. This time you’ll join Mao, who’s taken up a quest to defeat the Overlord in order to become a true hero. The turn-based strategy you’re familiar with is enhanced by a new 3D battlefield. Other new features include Geo Blocks which alter terrain and let you reach enemies more easily and Geo Panels that can alter elements and affect certain areas of the grid. Plus there’s Item World, a randomly generated bonus battle stage waiting inside every item you find. 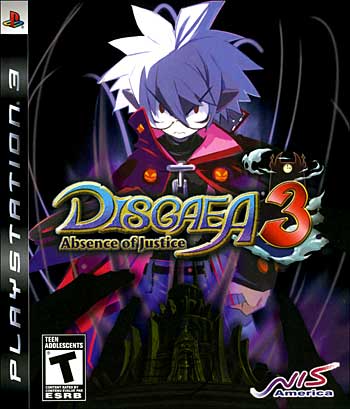