Title: Killzone 2
Publisher: Sony Computer Entertainment
Platform: PS3
Genre: Shooter
Release Date: 2/28/2009
Overview:
A demoralized enemy. An army that’s no match for your military might. An operation timetable measured in weeks, if not days. In other words, the perfect trap. Return to the Killzone with this sequel that takes the battle to the enemy’s home planet. Two years after the Heighast attack on Vekta, the ISA launches a new assault. But the ISA Special Forces are getting a lot more battle than they bargained for. The Heighast army has adapted to its world’s hostile conditions and tapped a mysterious source of power drawn from the environment. You’ll battle the Heighast army and the planet itself…just try not to get too distracted by the game’s amazing graphics. 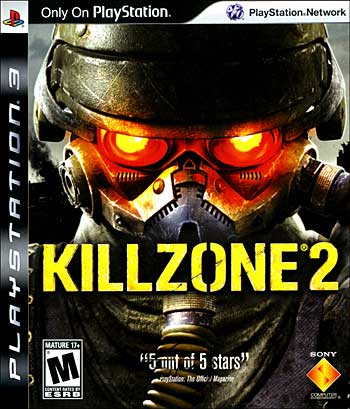