Title: Virtua Tennis 2009
Publisher: Sega
Platform: Xbox 360
Genre: Sports
Release Date: 6/9/2009
Overview:
Virtua Tennis holds serve with another winning tennis experience for 2009. The best-selling franchise earns its #1 ranking with a new World Tour feature that lets players around the globe vie for the Virtua Tennis Championship. Create your own player, get training from a real-life tennis legend, then hit the courts to compete for the top spot on worldwide online leaderboards. The expanded Player Creation System gives you full control over your star’s face, body, and clothes. You can also play as or against 20 of your favorite stars, or hone your skills in 12 mini-games, including 5 new ones like Zoo Feeder and Pirate War. 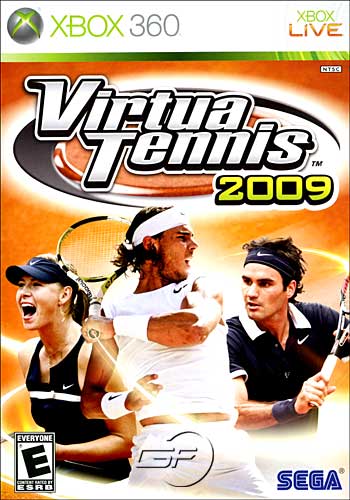