Title: Prince of Persia
Publisher: Ubisoft
Platform: Xbox 360
Genre: Action Adventure
Release Date: 12/4/2008
Overview:
An old hero brings along some new abilities – and his first-ever sidekick – as the Prince of Persia embarks on his first epic for Xbox 360. For the first time in franchise history, you’ll enter a completely open world. Battle against Ahriman as you move freely through the story, ridding the land of dark and restoring light. There’s a new combat system and new acrobatic abilities that help you climb walls, swing from posts, and defy death even when you’re not battling enemies. You’re joined by Elika, an AI-controlled ally who’s always at your side and ready to help with magic, acrobatics, and puzzle solving. 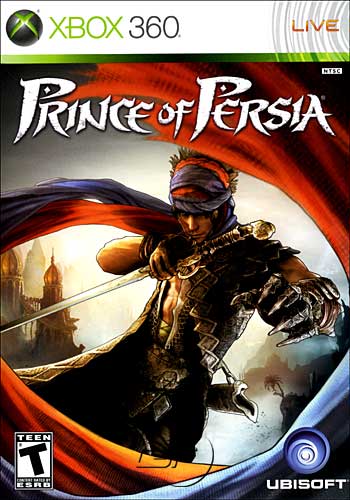