Title: Star Ocean: First Departure
Publisher: Square Enix
Platform: PSP
Genre: RPG
Release Date: 10/28/2008
Overview:
Embark on an RPG adventure a dozen years in the making in this import remake. The Star Ocean franchise was launched in Japan back in 1996. Star Ocean: First Departure is an update of the title that spawned the popular franchise in Japan and a couple of installments in the United States. After their town is invaded by outlaws, three friends are thrust into an adventure that sends them into outer space. The sci-fi RPG gameplay features real-time combat, striking graphics, a gripping soundtrack, fully animated and fully voiced cut scenes, and much more. 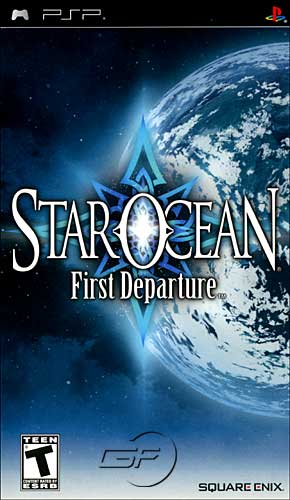