Title: Beijing 2008
Publisher: Sega
Platform: PS3
Genre: Sports
Release Date: 7/9/2008
Overview:
Go for the gold with the official game of the 2008 Summer Olympics. Compete in over 35 events in the official venues in the host city of Beijing as you marvel at the grandeur of competing on the world’s biggest athletic stage. Run, jump and throw in the Bird Nest, Beijing’s National Stadium; compete in intense watersports at the Water Cube, the National Aquatics Center; and more! Multiple modes of play and easy controls let beginners learn the ropes and pros go for new records. Online play lets you compete against gamers around the world in the true spirit of the Olympic Games. 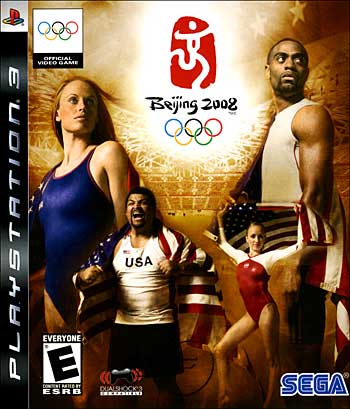